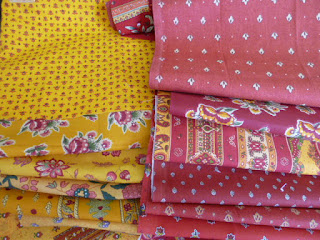 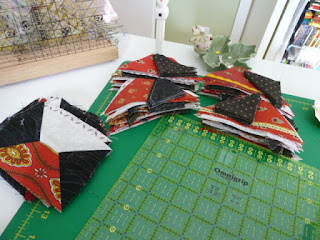 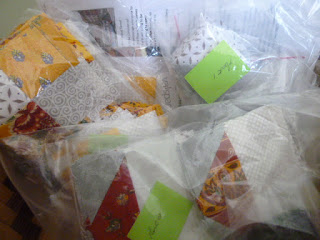 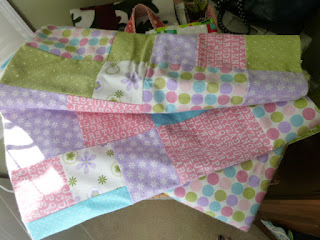 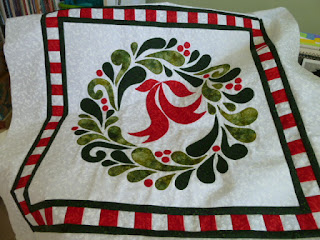 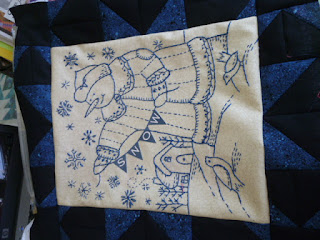 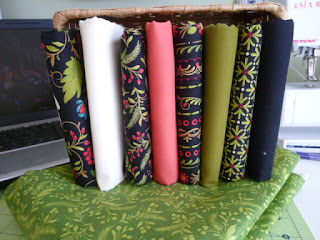 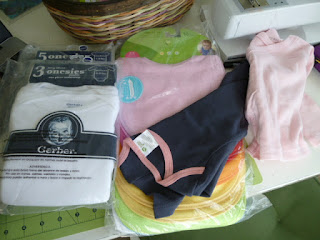 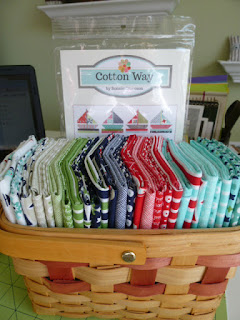 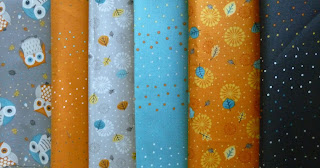 We're all guilty.  This is why quilter's have stash.  The Holiday weekend found a 25% off sale at one of the local quilt shops.  This was a VERY smart move on their part because the other LQS chose to close for the holiday weekend to have a retreat with their staff .  I can't begin to tell you how many regular customers from the closed shop I saw shopping the sale in the open shop.  Anyway, they sucked me in.  I just love it when the quilt shop groups a line of fabric together and features it at the end of an aisle.  That's where I found those fabrics above.  While it was the vari-colored dots that sucked me in, I had to add three prints to them.  Don't know what I'm going to do with it...a little too whimsical for a table runner, but it would make a cute kid's quilt. This is a line I'm not too familiar with--even the bolts themselves had a unique shape--Cute Critters, Debbie Mumm, Wilmington Prints.

After that I moved on to the Christmas fabrics.  I have convinced myself that I need a Christmas-y throw. (yeah, yeah, yeah, I know, I need to finish 'Jingle'), but I've had my eye on that Moda fabric on the right  (Tole Christmas by Gina Martin--and it's made in Japan, it has a nice hand to it) my last couple of visits to the shop, so I came home with a yard of each of these prints (which, believe me, was an exercise in control, as they had at least 5 more prints in this line on the floor). 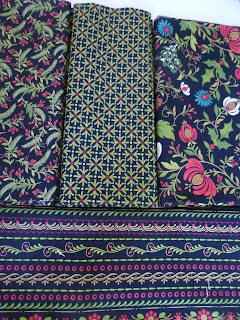 Come Sunday, as I'm sitting there admiring these 4 prints I decided that I needed to go back to the shop and buy more fabric at 25% off.  And the justification would be that I needed some Bella Solids to go with these prints. 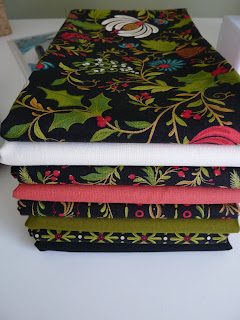 So four more yards came home...and my color selection was a tad unconventional...salmon and olive as opposed to red and green. I must have had some kind of influence....I think you'll the next photo will clear that up. 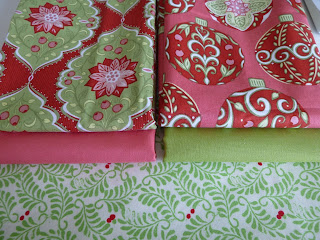 I also came into the shop with a some fabrics from my stash that needed matching. I picked up those two top prints from a 'discontinued fabric' basket at a recent show in a wool vendor's booth. Half yard of one, yard and a half of the other.  Table runner fodder.  But it needed something to go with it, so I found something.

Hmm.... I think my decorating this holiday is going to be salmon and sage-centric.  Oh my!
Posted by Susan Entwistle at 7:00 AM No comments:

Fun With Fabric -- It's Not Always All About Sewing 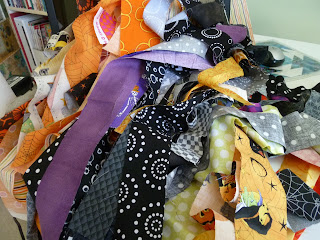 Labor Day weekend... Market Days at the repurpose/shabby chic barns...check.  Big fabric sale at the LQS...check. Hubs spending the day at a Fantasy Football draft and now I'm bored, what can I do?  Well, I can unload my scrap strip drawers and pull out all the Halloween strips, and then neatly fold all the other strips back into said drawers..that'll take an hour and a half...check.  And then I can raid the craft room and look for leftover styrofoam trees from Christmas crafts past...check. Queue up a few episodes of UK Celebrity Big Brother on YouTube and get to work. 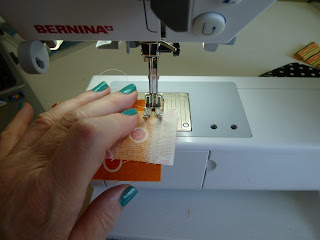 Sew those random width strips together. 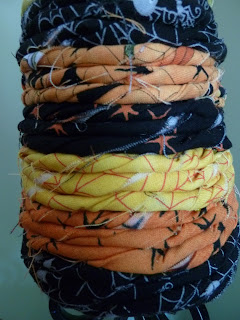 Fold them in half and give them a slight twist as they are twisted around the styrofoam cone. 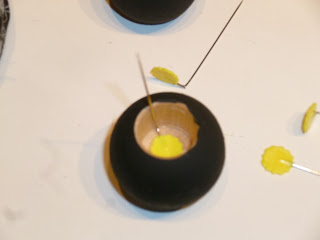 Find some wooden 'doll head' beads, paint them black, and then come up with a creative way to rig them to attach to the cones (bent flower head pins hot glued on the bottom and up the side). 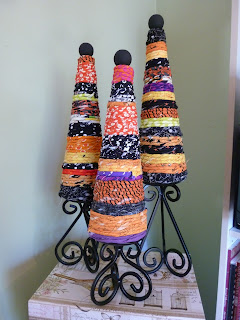 I used 14" cones for the trees, because that's what I had in the workroom, but you could certainly make these a lot faster on a smaller scale (or use 3 different sizes).  I'll likely pick up some more appropriate bases and put two in my Etsy shop. I definitely don't need three of these in my decor--which I think is going to be more on the 'dark side' this year.

Happy Thursday...and hang in there, it's almost the weekend! 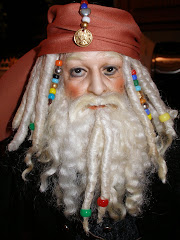 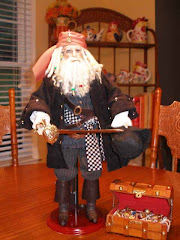